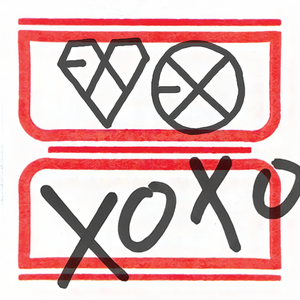 XOXO is the first studio album by South Korean-Chinese boy band EXO, released on June 3, 2013 by S.M. Entertainment. The album is a follow-up to the group's debut EP, MAMA (2012). Like all of the group's music, the album was released in two versions – a Korean "Kiss" edition and a Chinese "Hug" edition. Two singles were released from XOXO: "Wolf" and "Growl", the latter being the lead single off the album's repackaged version released on August 5, 2013. Both singles went to chart in the top ten of the Gaon Singles Chart, and "Growl" peaked at number 3 on the Billboard Korea K-Pop Hot 100. The album won Album of the Year at the 2013 Mnet Asian Music Awards and sold over 1 million copies, becoming the best-selling album in Korea since 2001. User-contributed text is available under the Creative Commons By-SA License; additional terms may apply.