Album: A Fever You Can't Sweat Out 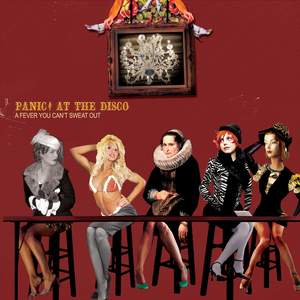 A Fever You Can't Sweat Out is the debut studio album by American rock band Panic! at the Disco. Produced by Matt Squire, the album was released on September 27, 2005, on Decaydance and Fueled by Ramen. Upon its release, the album became a commercial success. Its second single, “I Write Sins Not Tragedies”, was a top 10 hit in the United States. In late 2015, its certification was upgraded to RIAA double platinum for 2 million shipments. User-contributed text is available under the Creative Commons By-SA License; additional terms may apply.